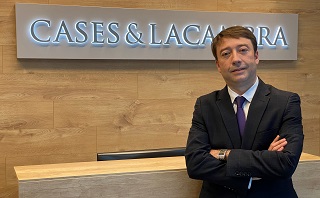 Albert Hinojosa is a partner at Cases & Lacambra in Andorra. His practice is focused on tax advice.

Albert developed an extensive professional career in the public sector of more than 20 years. He joined the administration in 2001 as a lawyer assigned to the Customs, where he served as head of its legal service between 2006 and 2009. Subsequently, at the Ministry of Economy, he was head of the company’s registry and director of the Economy department.

From 2013 to 2021, he was head of the Department of Taxation and Borders of the Government of Andorra, from where he has promoted the process of transformation and tax convergence of the Principality in recent times, introducing the current direct and indirect tax system and promoting the international network of double taxation agreements. Likewise, until joining Cases & Lacambra, he has been the president, by reason of his position, of the State Agency for the Resolution of Banking Institutions (AREB).

Member of the Andorran Bar Association.

Member of the Andorran Association of Tax Advisors.